JAKE LIVED UNDER THE BRIDGE FOR 8 YEARS OF HIS LIFE. 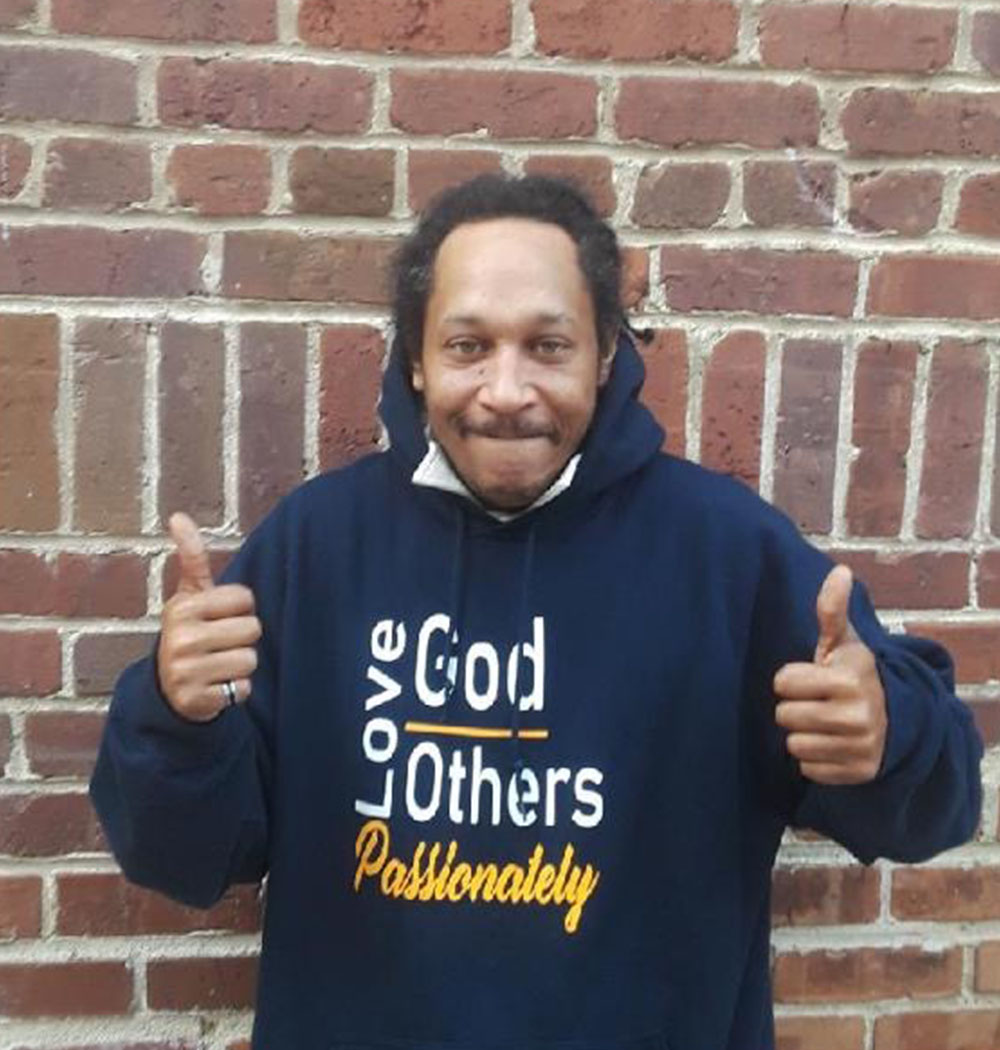 Jake became addicted to drugs in 2006 and for the next 8 years of his life, he was living under the bridge, on the streets of Knoxville, Tennessee.
Things went from bad to worse as he was convicted of a crime and he would spend the next 9 months in jail. Thankfully he was given medical attention where his mental health was assessed, stabilized and treatment was given for his addiction. Upon his release, he was treated at 2 mental health facilities and was correctly diagnosed.

In need of a solution for his homelessness, Jake would move into Flenniken in 2014 with nothing to his name, nothing but hope. Hope for recovery and hope for life. This hope propelled him to keep taking steps forward and it wouldn’t be long after moving to Flenniken that Jake would land a part-time job at Goodwill and he started saving his money.

Since then, Jake has gone on to hold a full-time job, start a bank account, purchase a truck and maintain permanent supportive housing successfully for 5 full years! These 5 years at Flenniken were interrupted because of something truly beautiful. After much perseverance and his clinging to hope, Jake now earns too much income to continue his residency at Flenniken and he was joyfully evicted. The eviction of residents at Flenniken is an ironically joyful occasion as it means that these individuals who once walked a dark and lonely path of chronic homelessness have gained their footing to the point that they are stable and capable of supporting themselves, a true cause for celebration!

While a resident at Flenniken Jake earned quite a few accolades including: becoming a member of the Lions Club of East Knoxville, becoming a member of the “Voice for the Voiceless”, becoming an active member of Eternal Life Harvest Church, working to register voters, creating costumes for a church play, assisting his mother in her work with the US Census, and helping collect 960 scarves for the CONNECT Ministries fund drive.
Jake shares with us as he reflects on his journey, “Stay focused on your goals, build healthy relationships…you need friends. And involve yourself as a volunteer in the community.”